How One Man Started a Land Conservation Epidemic 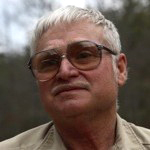 People talk about natural leaders, and then there is Carlton Mills. I have learned a lot from Carlton over the years but no lesson is more important than the power of neighbors talking with neighbors about land protection. A person like Carlton can promote a land trust better than any staff person.

Carlton first came to the Trust in 2004 about protecting his 1,000-acre hunt club. He was adamant about protecting his land and not letting it go the way of his mother’s farm. At his mom’s death he learned first hand that if estate planning doesn’t take place beforehand, an entire farm can be lost to development, because of the cost of inheritance taxes – and that’s exactly what happened to his boyhood home.

Carlton wanted to make sure this didn’t happen to his beloved Fallen Springs Hunt Club, so he visited his attorney to see what could be done. His attorney encouraged him to look into a conservation easement agreement and so Carlton came to the Trust.

Carlton learned from his attorney that the land could be forever protected for the wildlife and for hunting. He also learned that the conservation easement reduced the value his daughter would have to pay in inheritance taxes and that the IRS allowed for an additional 40% reduction in the land value when an estate is settled beyond the reduction in value the conservation easement provided. Together, these two benefits drastically reduce inheritance taxes and can often make the difference of whether property can stay in a family. Carlton knew then he had discovered the right plan for him and for his land.

On July 16, 2002 Carlton signed his conservation easement with the Trust providing permanent protection from development and subdivision while allowing timber harvest, hunting, and the expansion of his part-time residence and hunting lodge.

Being an avid hunter and outdoorsman, Carlton also knew that many connected and protected parcels would make even better wildlife habitat – so he started knocking on neighbors’ doors. Within five months an adjacent 1,657-acre parcel was permanently protected by the Trust. Within one year a 1,382-acre parcel was added and within two more years 300-acres were added.

The Trust now calls this Hub of protected land and the surrounding area, the Cacapon Legacy Project Area. The Trust’s goal is to grow this Hub so that it is eventually large enough to connect the 8,200-acre Short Mountain Wildlife Management Area managed by the WV Division of Natural Resources lying to the North, to the even larger George Washington National Forest lying to the South of the Hub.

The Trust has taken Carlton’s dream and example to other portions of the watershed including Morgan County where numerous landowners and hunt clubs have followed Carlton’s example and protected over 1,000 acres adjacent to Cacapon State Park. 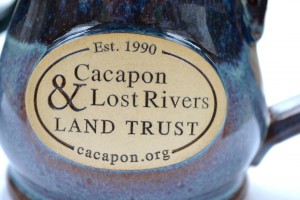